A Boy And His Soul

Where do you get SOUL? From watching your parents sell the house you grew up in? From discovering the family secret about your crazy cousin? Or from the childhood records found in your parents’ basement? From Stevie, Aretha, Marvin, Chaka, Barry, Gladys…and Colman.

Propelled by the beat of classic soul, smooth R&B and disco, this is the soundtrack of a boy’s coming of age in ‘70’s and ’80’s Philadelphia.

★★★★ ‘His writing contains some beautiful lyrical passages, and some tearjerking moments – just like any good soul record’ Time Out

★★★★ ‘Here’s something fine: an off-Broadway megastar storming the Kilburn High Road’ The Times 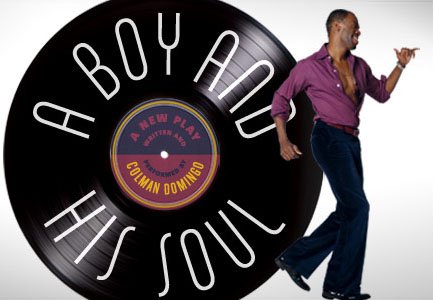