Shazia Mirza: The Kardashians Made Me Do It

Written and performed by Shazia Mirza

My mum can’t find me anyone to marry. My friend Matthew looks at me with great concern and says, “You’re not thinking of becoming a Jihadi Bride are you?” Would I do that? The weather in Britain isn’t great, and the sunsets and landscape in Syria are mean to be very romantic… I’d get a husband, wouldn’t have to work, and would definitely get a place in heaven. Yes I’d miss my hair straighteners and hot pants, but that’s a small price to pay.

Revered, applauded, loved and reviled Shazia Mirza is an award-winning comedian and columnist, as much recognised for her literary prowess as she is for her unique comedic talents. She has appeared on Have I Got News For You and is a regular panellist on The Wright Stuff, Comedy Central’s The World Stands Up, NBC’s Last Comic Standing and BBC Radio 4’s The Now Show.

★★★★ ‘Brave and urgent’ The Daily Telegraph

★★★★‘A vital show, deftly handled, rammed with provocation’ The Mail On Sunday 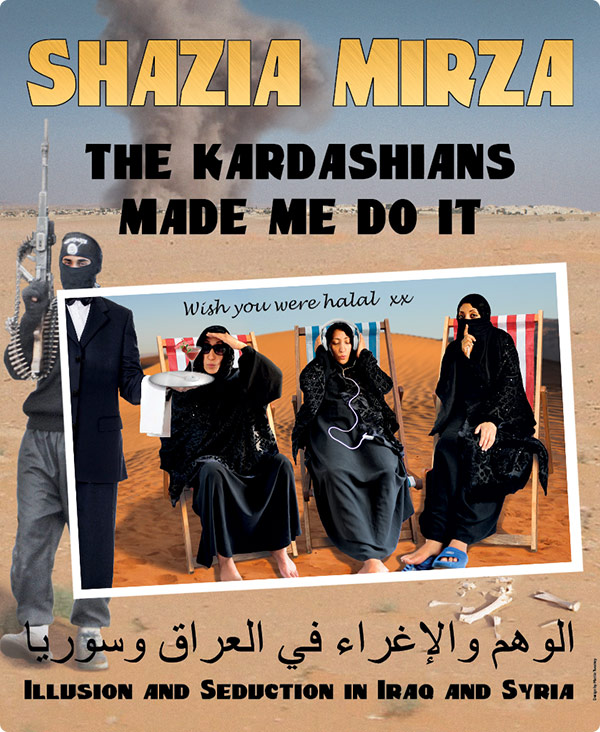