It’s no secret that theatres are looking for stories with diverse voices and true experiences. Among that is a specific call for disability representation in theatre.

But if you are a writer who does not identify as disabled (or even if you do) where do you fit in? How can you use a disability to raise the stakes of a story? How much research / lived experience do you need to be authentic?  Are these even your stories to tell? And what is the basis of making a character that is universal versus one rooted in identity politics?

All writers from all levels are welcome in this workshop which seeks to expand the canon of great stories out there, not just about disability, but also about the complexity of the human condition.

Open to writers of all experience levels, aged 18+.

Tickets are free but limited.

Please note, sign up for the workshop will end on Friday 18 November.

Please note the John Lyon Space is an accessible space for wheelchair users. Please indicate on the sign up form if you have any access requirements and a member of the team will be in touch. 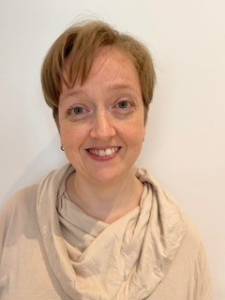 Athena Stevens is an acclaimed writer, performer director and social activist. She is the Artistic Director of Aegis Productions Ltd, writer on attachment at the Finborough Theatre and Creative Council member and Associate Artist at Shakespeare’s Globe Theatre.

In 2011 Athena made her west end debut, as a writer and actress, in The Amazing Vancetti Sisters and in 2016 her second play, Schism, had its world premiere at the Finborough Theatre. Schism transferred to the Park Theatre in 2018 for which production Athena was nominated for an Off West End Award Best Female Performance and for an Olivier Award for Outstanding Achievement in an Affiliate Theatre.

In 2020 the world premiere of her third play Scrounger opened the Finborough Theatre’s 40th Anniversary season. The production garnered Athena Off West End Award nominations for Lead Performance In A Play and New Play.

Athena’s other work includes the feature documentary Day Of Small Things (Channel 4), the short film The Conference (BBC) and three web series (YouTube). She is currently launching the self advocacy platform Make Your Own Damn Tea and an accompanying book. Athena is a contributor to Huff Post, The Stage, The Guardian, The Independent and The Mighty.

She is a TEDx speaker and a founding member of the Women’s Equality Party.

Athena is a BBC Writers Group member, alumni of the prestigious Channel 4 Screenwriting program and in 2017/17 was a NTS writer on attachment. She is currently under commission to BBC Three and NYT.

Athena is a Trustee for the Young Women’s Trust, a Trustee for Theatre Deli, a Patron for Coram Shakespeare Schools Foundation, an Advocate for Index On Censorship, an Accessibility Consultant for TFL and a founder of the Primadonna Literary Festival.

Born in Chicago, she now lives in London. Athena was born with athetoid cerebral palsy.

Tickets are free but limited.

Please note, sign up for the workshop will end on Friday 18 November.