A Wolf in Snakeskin Shoes

Award-winning playwright Marcus Gardley returns to the Tricycle Theatre following 2014’s critically-acclaimed The House That Will Not Stand. This fresh take on Molière’s Tartuffe, set in a world of fast-food tycoons and megachurches is a wicked new comedy that rocks the foundations of trust, faith and redemption.

Given just days to live, multi-millionaire Archibald Organdy puts his faith in the flamboyant Archbishop Tardimus Toof, a prophet, preacher and part-time masseur who arrives in Atlanta from the deep, deep south.

Toof promises to absolve Archibald’s sins and heal his disease, but his family suspect there’s more to this healer than faith, virtue and snakeskin shoes.

★★★★ ‘A script that bites, and a cast that sparkles’ London Theatre 1

‘Full of jet-fuelled prose and raucous hilarity’ The Guardian

‘Msamati is terrific’ The Jewish Chronicle

‘The show is a riot’ WhatsOnStage 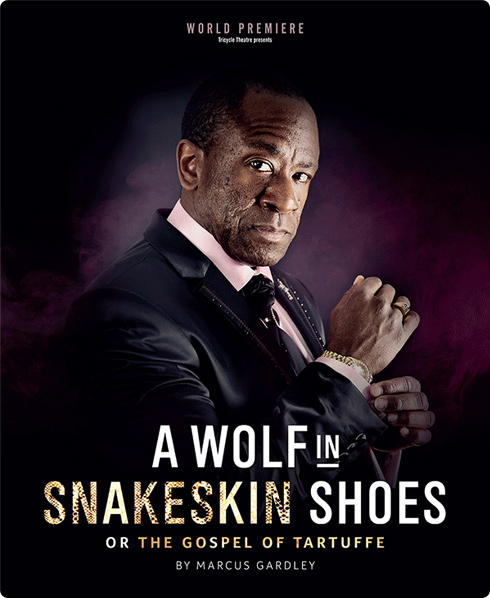