But now the team behind the Olivier and Tony award-winning comedy The 39 Steps are BACK with a sensational, awe-inspiring and unforgettable staging of General Lew Wallace’s timeless classic Ben Hur.

The greatest book ever penned is brought to the stage by a towering team of just four actors, turning the Tricycle stage into one of the most authentic versions of ancient Rome ever seen.

★★★★ ‘The comic timing is nothing short of admirable’ London Theatre 1

‘A slick burlesque featuring some great comedy performances’ The Stage

‘Fun on a gargantuan scale’ Time Out 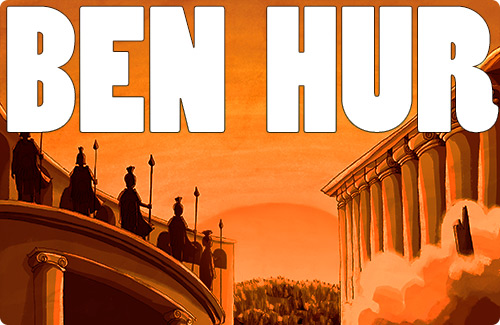