BLUES IN THE NIGHT

A man is a two-face, a worrisome thing who’ll leave you to sing, the blues in the night.

The Olivier and Tony Award nominated musical sees its first major London revival in 30 years. Directed by Susie McKenna and starring Olivier Award-winner Sharon D Clarke (Caroline or Change, Ghost, Amen Corner), Debbie Kurup (Sweet Charity, The Girl From the North Country) Olivier Award-winner Clive Rowe (Guys and Dolls, Carousel) and Gemma Sutton (Follies, The Rink), Blues in the Night is a scorching compilation of 26 hot and torchy blues numbers that frame the lives and loves of four residents of a downtown hotel. Featuring soul-filled songs by blues and jazz icons Bessie Smith, Duke Ellington, Johnny Mercer, Harold Arlen and many more, this will be a sizzling night to remember.

‘Sharon D Clarke brings the house down. The band sound glorious and the newly refurbished Kiln has never looked bigger or better’

‘The song that brings the house down is Bessie Smith’s “Wasted Life Blues”, which Clarke delivers with a soaring, sad power that gives you the shivers’

‘Gorgeously evocative, a real treat for the eyes and the ears’

‘Clive Rowe’s performance is full of cheeky charm, and he seriously dazzles when he hits the high notes’

‘Susie McKenna’s production will leave you clicking your fingers, dancing and craving some cold, sloe gin’

‘Exquisitely performed. The cast and the in-house quintet are superlative’

‘Bessie Smith wouldn’t have wanted it any other way’

‘A hot date for any blues fan’

‘Slick, smart and just stunning. This special evening should not be missed.’ 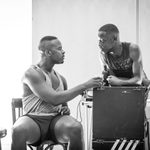 Clive Rowe plays The Man. His theatre work includes The Wind in The Willows (UK tour), Guys and Dolls (Royal Albert Hall), Me and My Girl (Chichester Festival Theatre), Jack and the Beanstalk (Wimbledon Theatre), The Light Princess (National Theatre), The Hothouse (Trafalgar Studios), The Ladykillers (West End and UK tour), Kiss Me Kate (Chichester Festival Theatre/The Old Vic), No Naughty Bits (Hampstead Theatre), The Wiz (Birmingham Rep/West Yorkshire Playhouse), Company (Donmar Warehouse), The Fantastics (Duchess Theatre); Twelfth Night, Gentlemen Prefer Blondes, Trolius and Cressida (Regent’s Park Open Air Theatre), Chicago (Adelphi Theatre), As You Like It (Wyndham’s Theatre), Simply Heavenly (Young Vic/Trafalgar Studio); and for the National Theatre, The Light Princess, Carousel, Fuente Ovejuna, Caroline or Change, The Villains’ Opera, Money, Candide, Peter Pan, Guys and Dolls, Trackers (Olivier Award for Best Supporting Actor in a Musical for Guys and Dolls and Olivier Award nomination for Best Supporting Performance in Carousel). Rowe has returned to the Hackney Empire on numerous occasions to play The Dame in their Christmas pantomime for which he was nominated for an Olivier Award for Outstanding Achievement in an Affiliate Theatre for Mother Goose. For television, his work includes Will, So Awkward, Evermoor, The Kennedys, The Fun Police, All the Small Things, Doctor Who, Networked, Bloodrights, Say it with Music, American Voices, Paper Mask, After the War, Snakes and Ladders and Entertaining Angels Aware; and for film, Beauty and the Beast, Manderlay and Crime Strike. To celebrate a year to the day since our beautiful new building came into being, we are hosting a Gala Performance of Blues in the Night on 5 September 2019, 7pm.

Every ticket includes a glass of sparkling wine or a delicious Blues in the Night cocktail upon arrival, plus a signed programme. Keep an eye out for some VIP guests in the audience too. All proceeds from the evening are in aid of Kiln Theatre.

Equity, Students and Unemployed
£2 off Band A and B on Mon – Thu Performances

Brent & Camden Residents
£2 off Bands A, B and C on all performances

Young Kiln (under 26)
£10 tickets across the run, bands B, C and D. To book your tickets sign up as Young Kiln or log in to your account and use promocode YOUNGKILN at checkout.