All performances £10 for Under 16s & Students

“In our heads, my lord, we do contain all the images of the universe.”

In Baghdad, a young woman starts a revolution through the power of storytelling.

For three years, King Shahryar has taken bloody vengeance against the women of his city, marrying a new bride every night and killing her in the morning.

Scheherezade is determined to stop the bloodshed using the only weapons she has – her wit and imagination. Night after night, the King’s newest bride weaves tales of seduction, silliness and suspense. How long can her stories save her?

★★★★ The whole ensemble dashes back and storms about, babbling fragments of a thousand and one new stories. Exhilarating. The Times

[A] hopeful and visually appealing family show… From first to last it’s eloquent about the importance of stories – their power to excite, entice and preserve. Evening Standard

A beguiling piece of storytelling for family audiences. The Guardian

With swaggering simplicity, Ben Stones has delivered one of the most gorgeous designs of the year. Time Out

This… is not the first Arabian Nights I have seen staged. But it is one of the most joyous, honest and intelligent. The Stage

Lu Kemp directs with a bold confidence. The Telegraph

A strong cast… weave in and out of roles with lightness and fluidity. The whole is a celebration of the imagination and its power to inform and transcend. Ham & High

Arabian Nights is an all-round triumph and a gloriously entertaining evening out. Plays to See 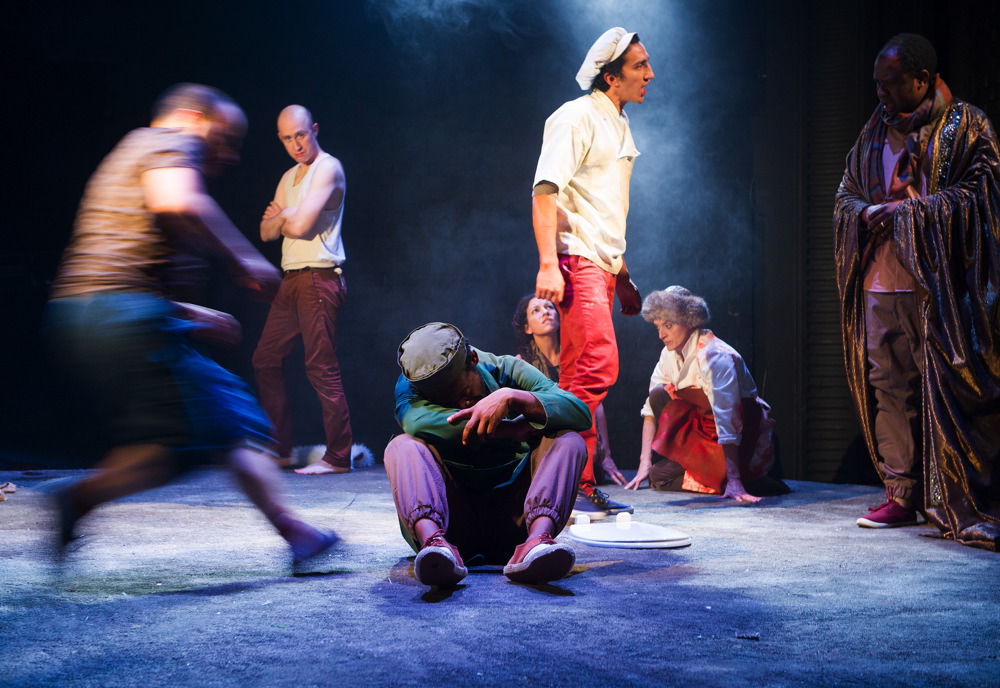