Now 80 years old, Andre was once a tap dancer. He lives with his daughter Anne and her husband Antoine. Or was he an engineer whose daughter Anne lives in London with her new lover, Pierre? The thing is, he is still wearing his pyjamas, and he can’t find his watch. He is starting to wonder if he’s losing control.

Author of this intriguing and compelling black comedy, Florian Zeller, has been hailed as “one of the hottest literary talents in France” (Independent). The Father (Le Père) is the winner of the 2014 Moliere Award for Best Play. The Molieres are considered France’s highest theatrical honour.

Nominated for a Tony Award for Stephen Daldry’s An Inspector Calls on Broadway, Kenneth Cranham’s numerous stage credits also include The Cherry Orchard at the National Theatre, The Homecoming at the Almeida and West End productions of Entertaining Mr Sloane, Loot, The Birthday Party and Gaslight. Screen credits range from the title role in Shine on Harvey Moon to Maleficent, Hot Fuzz, Oliver! and Hellbound: Hellraiser II.

For her role in The Glass Menagerie at the Donmar Warehouse, Claire Skinner won the Critics’ Circle Theatre Award for Best Actress and the Time Out Award for Best Performance Off West End, as well as earning an Olivier Award nomination for Best Supporting Performance. Her theatre credits also include performances at the National Theatre, RSC, Almeida, Liverpool Everyman and the West End. Television credits include a BAFTA nominated performance in five series of Outnumbered, as well as Silk, Homefront, Doctor Who and Lark Rise To Candleford, while in film she has appeared in When Did You Last See Your Father, Strings and Sleepy Hollow.

Christopher Hampton has translated plays by Ibsen, Molière, Chekhov and Yasmina Reza (including Art and Life x 3). He won an Academy Award for Best Adapted Screenplay for the adaptation of his own play, Dangerous Liaisons. He was nominated again in 2007 for adapting Ian McEwan’s novel Atonement. His television work includes adaptations of The History Man and Hotel du Lac.

James Macdonald has worked extensively Off Broadway where he was recently the winner of the 2014 Obie Award for Best Director for Love and Information. He was Associate Director of the Royal Court from 1992 to 2007 and his numerous credits range from Cock, Drunk Enough to Say I Love You and the European and US tours of Sarah Kane’s 4.48 Psychosis to Exiles at the National Theatre and Glengarry Glen Ross in the West End.

★★★★★ ‘A distinguished rendering of an original drama’ The Observer

★★★★★ ‘The Father is a quietly spoken revelation’ The Times

★★★★★ ‘Kenneth Cranham giving the performance of his life’ WhatsOnStage

★★★★★‘Skinner gives an unselfish, persuasive performance as Anna’ The Times

★★★★ ‘A searingly honest, admirably empathetic piece of work’ Time Out

Take a look at some rehearsal photos on our Facebook page

Or watch our Behind-The-Scenes preview with Kenneth Cranham, Claire Skinner and James Macdonald on YouTube

Tricycle Talks: Monday 15 June. 6.30pm. Tickets: £3.50 Playwright, translator and Oscar–winning screen-writer Christopher Hampton will be in conversation with Chris Campbell, Literary Manager at the Royal Court. To find out more and book tickets visit our Workshops And Events page.

This translation of Le Père was supported by the Institut Français du Royaume-Uni as part of the Cross Channel Theatre programme. 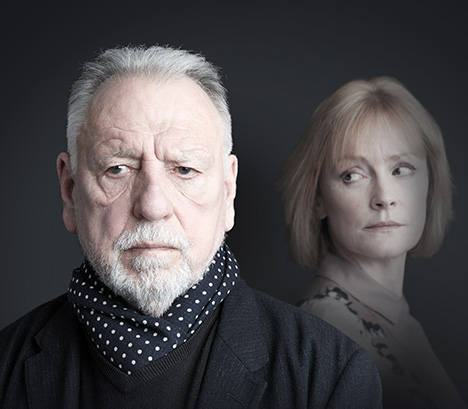