Sold Out
Sold Out

Proceeds from this event will support Kiln Theatre’s artistic programme and Creative Learning work. To find out more, visit the Stories section of our website. 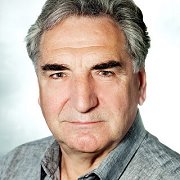 Jim Carter is one of the UK’s most recognisable actors, with a career that spans stage, film and television.

From 2010-15 he played butler Charles Carson in the multi-award-winning ITV series Downton Abbey, a role for which he has received worldwide renown. He will reprise the part in the upcoming film continuation of the series.

His career has spanned numerous performances at the National Theatre and with the Royal Shakespeare Company. His recent television credits include the Earl of Kent in the broadcast of Richard Eyre’s King Lear and Captain Brown in the BBC series Cranford. His recent film credits include Swimming With Men, My Week With Marilyn and the upcoming drama The Good Liar. 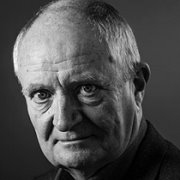 Jim Broadbent is an award-winning English actor. His illustrious career, with acclaimed performances across stage, film and television, has led to him becoming one of Britain’s most celebrated talents.

His achievements include BAFTA awards for his performances in Moulin Rouge! and Longford, and Golden Globe and Academy Awards for his role as John Bayley in Iris.

He recently starred as Hans Christian Andersen in Martin McDonagh’s A Very, Very, Very Dark Matter at the Bridge Theatre. His recent film credits include The Sense of an Ending, Brooklyn and The Iron Lady. His recent television credits include Game of Thrones, War And Peace and The Go-Between. He will star in the upcoming feature film Six Minutes to Midnight alongside Dame Judi Dench. 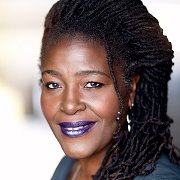 Recently called “one of [Britain’s] brightest and best talents” by WhatsOnStage, Sharon D. Clarke’s prolific career has made her a household name.

Her starring performance in Caroline, Or Change in the West End has received rave reviews from national publications. She has received an Olivier Award for her performance as Odessa in The Amen Corner. She also originated the roles of Killer Queen in We Will Rock You and Oda Mae Brown in Ghost The Musical.

Her stage credits include the title role in Ma Rainey’s Black Bottom, The Life, A Wolf in Snakeskin Shoes and Porgy and Bess. Her television credits include series regular Lola Griffin in Holby City, Grace O’Brien in Doctor Who and DCI Rose Asante in Informer. Sharon appears in the upcoming Elton John biopic Rocketman.

She was appointed Member of the Order of the British Empire (MBE) in 2017.

She will appear alongside Clive Rowe in The Kiln Theatre’s 2019 production of Blues In The Night. 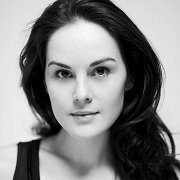 Michelle Dockery is an English actress. Since her breakout role as Lady Mary Crawley in ITV’s Downton Abbey, opposite Jim Carter, she has risen to public prominence and international acclaim.

For her role as Lady Mary she was nominated for numerous awards, including Golden Globe and three consecutive Primetime Emmy Awards. She has also been nominated for London Evening Standard, Ian Charleson and Olivier Awards for her stage performances.

Her recent stage credits include Diana Christensen in the National Theatre’s adaptation of Network, Ophelia in Hamlet and Eliza in Pygmalion. Her recent film credits include The Sense of an Ending, Anna Karenina and Hanna, as well as the upcoming continuation of Downton Abbey. Her recent television credits include Lady Kate Percy in Richard Eyre’s BBC production of Henry IV Parts 1 & 2 and the acclaimed Netflix series Godless. 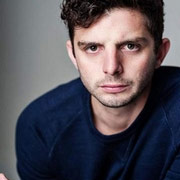 Following his performance as footman Andrew Parker in Downtown Abbey he has appeared in the feature films Dunkirk and Good People, as well as the Midsomer Murders and Endeavour television series.

His stage credits include A Lie of the Mind and An Enemy of the People.

He will appear alongside Jim Carter and Michelle Dockery in the upcoming Downton Abbey feature film. 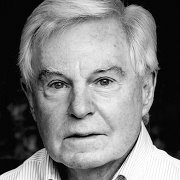 Sir Derek Jacobi is a multi-award winning actor. Born in Essex, England, he has led a prolific acting career over the five past decades and is considered one of Britain’s most distinguished performers.

His achievements range from becoming one of the founding members of the National Theatre under Laurence Olivier, to winning two Olivier Awards for his performances in Cyrano de Bergerac and Twelfth Night.

Notable roles include the title role in I, Claudius for the BBC (BAFTA TV Award for Best Actor), Benedick in Much Ado About Nothing (Tony Award for Best Performance By A Lead Actor In A Play) and the lead role in King Lear with the Michael Grandage Company. His recent film and television work includes Last Tango in Halifax, Vicious and Kenneth Branagh’s Murder on the Orient Express. 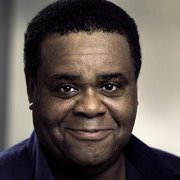 Clive Rowe is one of British theatre’s most renowned performers, with a thirty-year career in stage, film and television.

His success as a musical theatre performer resulted in an Olivier Award for his performance in Guys and Dolls, as well as a nomination for his role in Carousel at the National Theatre.

His stage credits include The Light Princess, Kiss Me Kate and Company. He has also enjoyed a long-running relationship with the Hackney Empire, for which he has played the Dame role in numerous pantomimes, and was nominated for an Olivier Award for his title role in Mother Goose.

His recent film credits include Beauty and the Beast. For younger audiences, he is best-known as Duke in CBBC’s adaptation of The Story of Tracy Beaker and Mr Salford in So Awkward.

He will appear alongside Sharon D Clarke in Kiln Theatre’s 2019 production of Blues In The Night. 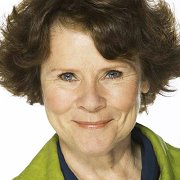 Imelda Staunton is one of the most highly respected actresses internationally, with a career in stage, film and television.

Her appearances in film range from the titular role in Mike Leigh’s Vera Drake – for which she won a BAFTA Award and was nominated for an Academy Award – to Dolores Umbridge in the Harry Potter series, Mrs. Blatherwick in Nanny McPhee and Hefina Headon in Pride. 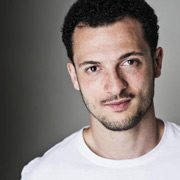 Jamael Westman is one of the UK’s most exciting young actors. His third role out of drama school – and West End debut – was as the title role in global musical phenomenon Hamilton.

His celebrated performance as Alexander Hamilton earned him the Evening Standard Emerging Talent Award, as well as Best Actor in a Musical nominations for the Olivier and WhatsOnStage Awards.

His other roles for stage include Marcello in The White Devil for Shakespeare’s Globe and Brotha in Torn for the Royal Court.

Please note that this lineup is subject to change.