If you have tickets for the cancelled performances of PASS OVER or A MUSEUM IN BAGHDAD, please email Tickets@KilnTheatre.com More information here.

THE HALF GOD OF RAINFALL

The Half God of Rainfall

We risk war. This is the consequence. Battle. Shield. Spear and sword. Conflict amongst the Gods. This must be avoided.

When Demi, the half Nigerian-mortal, half Greek-God, is angry, rain clouds gather. When he cries, rivers burst their banks.

The first time Demi takes a shot on the local basketball court, the deities of the land awaken. As he unknowingly sparks Zeus’ wrath, his mother Modupe takes matters into her mortal hands and the consequences change their lives forever.

From award-winning poet and playwright Inua Ellams (Barber Shop Chronicles; An Evening With An Immigrant) comes a new myth.  The Half God of Rainfall is a contemporary epic that weaves poetry and storytelling in a majestic journey that transports us from a tiny village in South West Nigeria to Mount Olympus, to the further reaches of our galaxy and beyond.

The power of the production lies not in theatrical ostentation, but in its fierce, unadorned precision.

It works on the senses as much as the intellect, and leaves you in stunned wonderment.

It’s a story for these ‘woke’ times – the #MeToo campaign a continual backdrop.

A skilfully crafted, magical folktale; one that will certainly stand the test of time

- Spy In The Stalls

Sublime tribute to the African art of storytelling

An exciting watch from start to finish 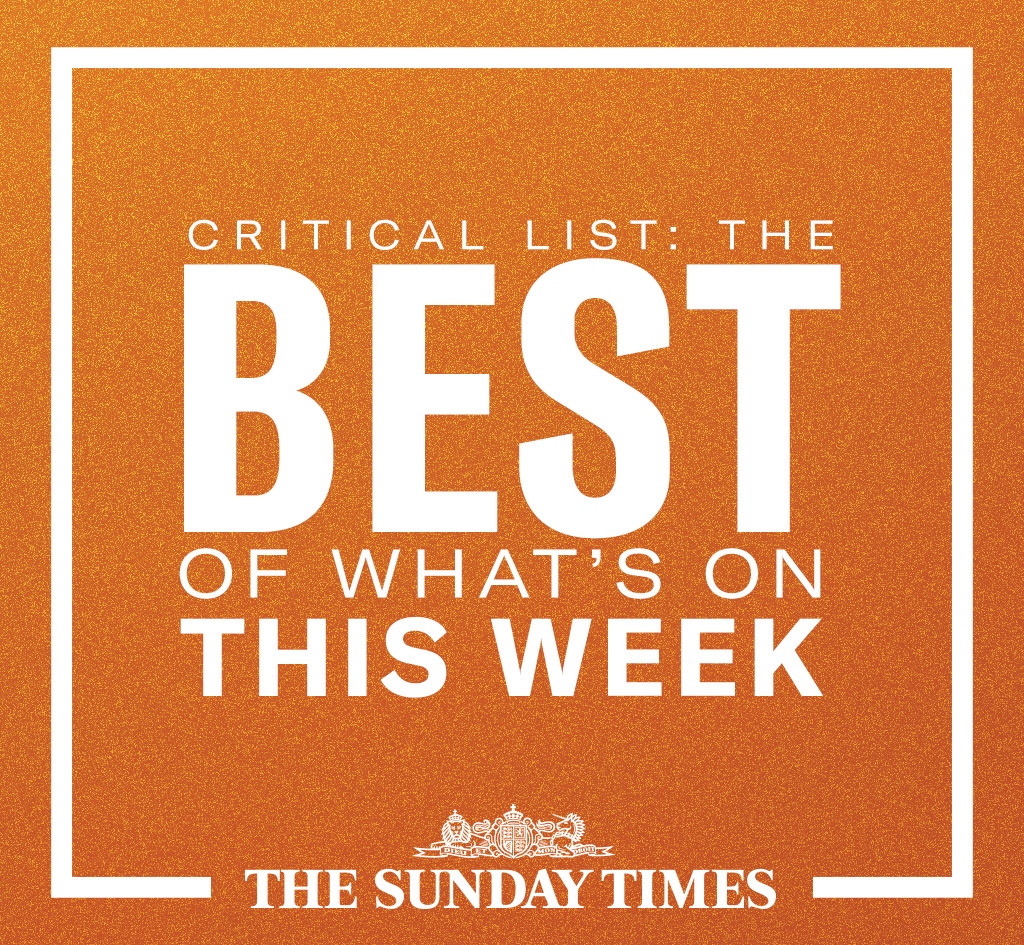 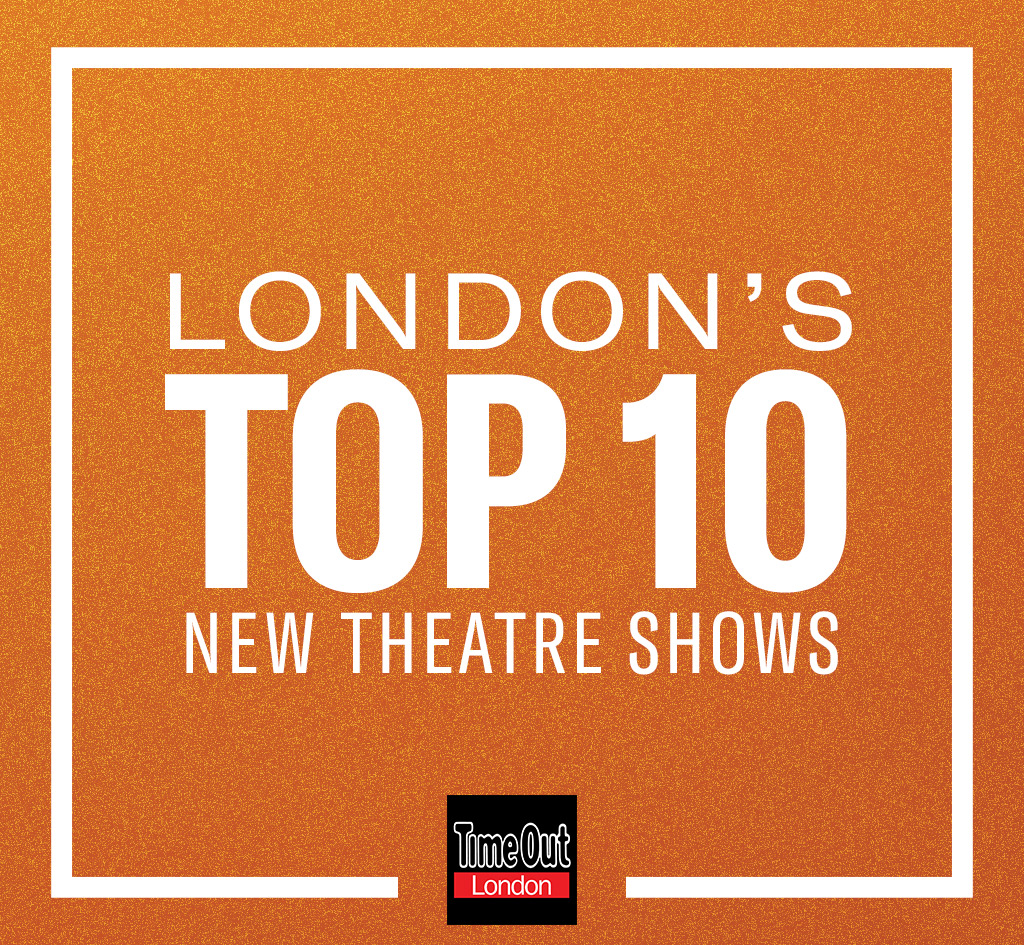 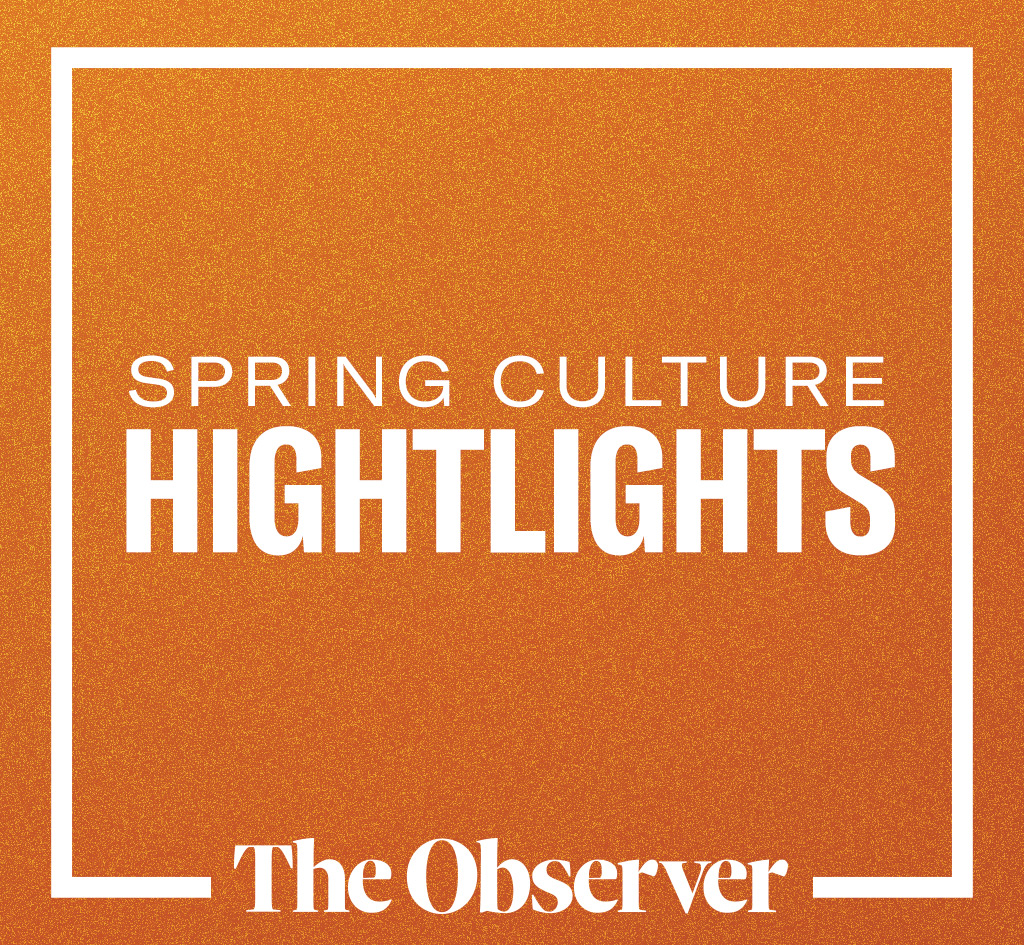 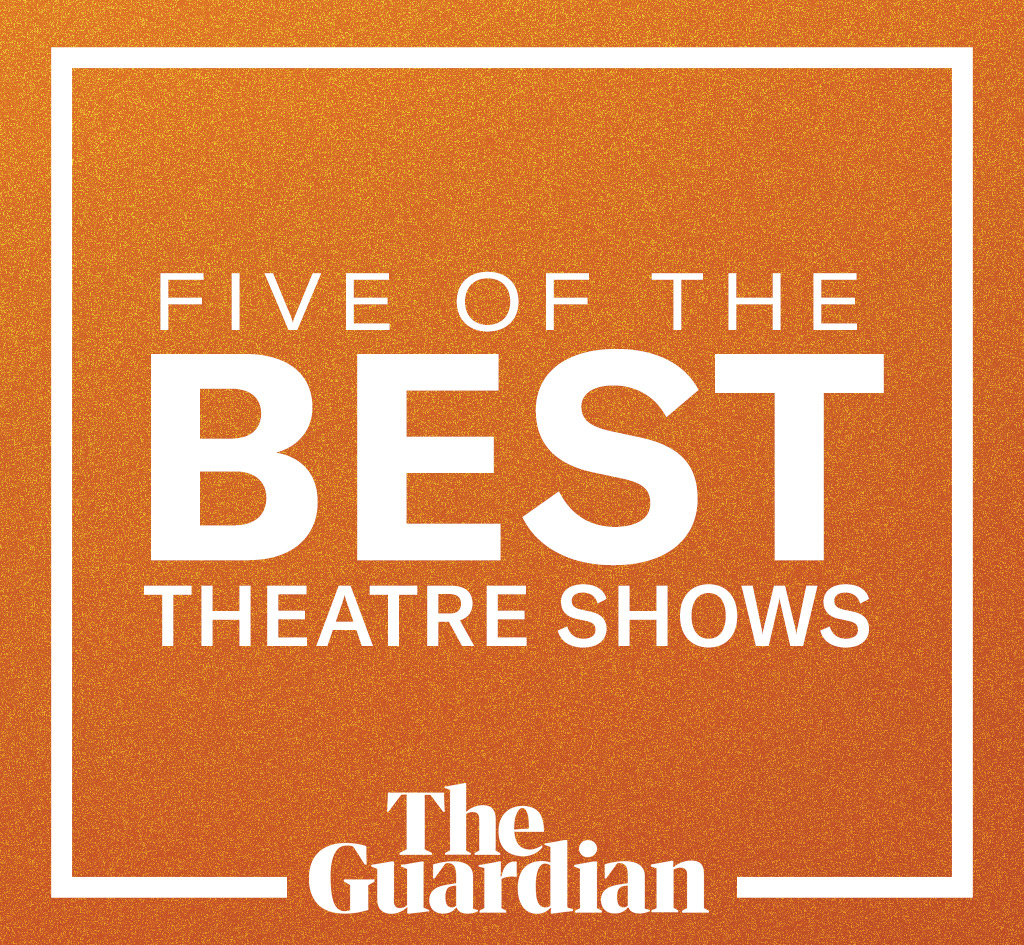 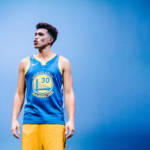 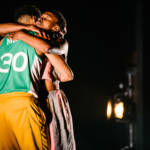 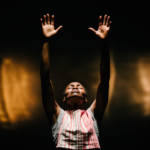 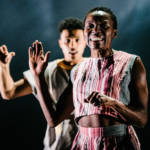 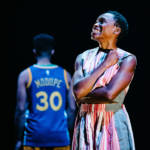 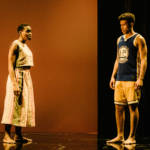 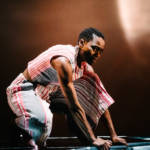 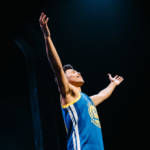 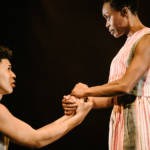 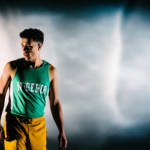 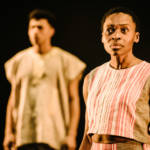 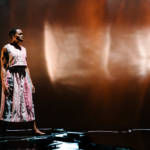 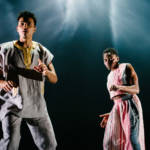 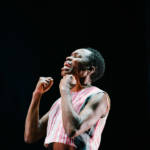 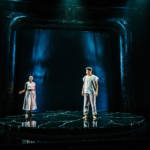 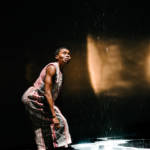 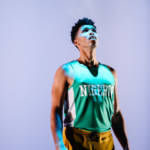 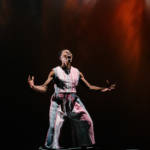 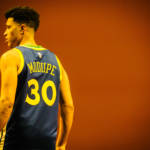 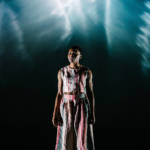 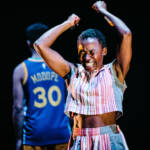 Praise For The Half God Of Rainfall 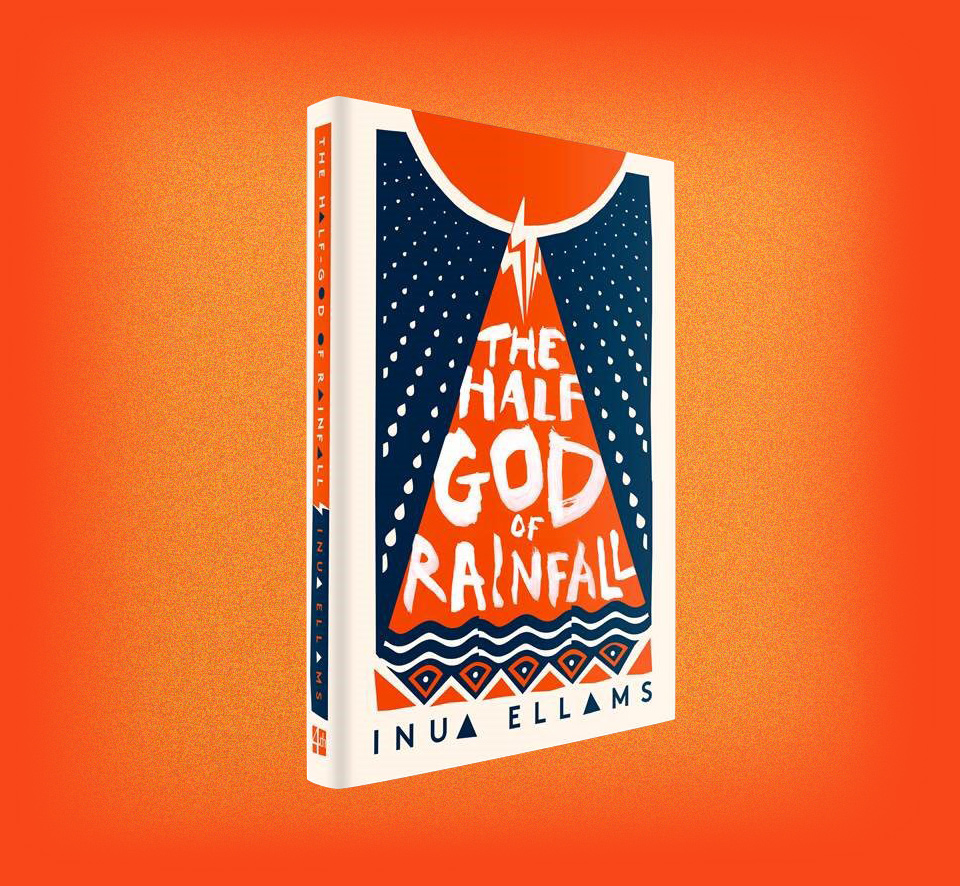 ‘A world-beating exploration of mythology, power and sport, all stitched together by the unique and wonderful pen of Inua Ellams, a master craftsman in storytelling’

‘If you love the swish of draining rain, you’ll love The Half God of Rainfall. Ellams creates a fresh flood of three-pointers and a Herculean dunk. The gravity of his message is as deep as a sunk shot from half-court’

‘Part Homeric-style epic, part female-focused revenge tragedy. Each line feels as though it’s carved into stone―solid, striking, glinting with beauty, but steeped in hard-edged truth. A true story for the ages, as well as for the politics of the present day’

‘Inua writes in brimstone and beautiful’ 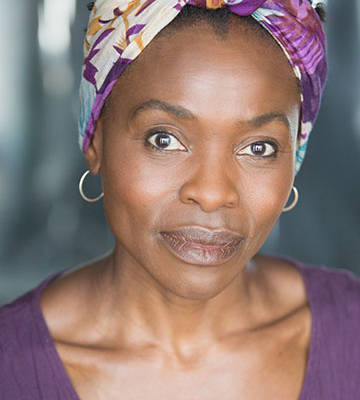 Rakie Ayola plays Modupe. Her theatre credits include Leave To Remain (Lyric Hammersmith), Harry Potter and the Cursed Child (The Palace Theatre), The Rest of Your Life (Bush Theatre), King Lear (Royal Exchange/Talawa), Crave/4:48 Psychosis (Sheffield Crucible), The Curious Incident of the Dog in the Night Time (National Theatre/The Apollo) and The Winter’s Tale (RSC). For television her credits include Noughts and Crosses, Shetland, No Offence and King Lear; and for film, Been So Long, Dredd, Now Is Good and Sahara. 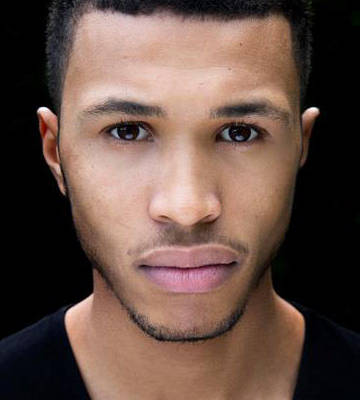 Born in Nigeria, Inua Ellams is a poet, playwright & performer, graphic artist & designer. He is a Complete Works poet alumni and a graphic designer at White Space Creative Agency. He facilitates workshops in creative writing where he explores reoccurring themes in his work – Identity, Displacement and Destiny – in accessible, enjoyable ways for participants of all ages and backgrounds.

His creative work has been recognised with a number of awards: The Live Canon International Poetry Prize, The Arts Council of England Award, a Wellcome Trust Award, twice shortlisted for the Brunel Prize for African Poetry, and longlisted for the Alfred Fagan Award, Edinburgh Fringe First Award 2009 and the Liberty Human Rights Award.

His play Barber Shop Chronicles has had two sold-out seasons at the National Theatre, and recently toured Australia, New Zealand, the USA and Canada. In 2019 it will commence a UK tour and a season at The Roundhouse in London.

Nancy Medina is originally from Brooklyn NY, and currently based in Bristol.  She is the 2018 RTST Sir Peter Hall Directors Award winner and will be collaborating with Royal & Derngate and English Touring Theatre on a production of Two Trains Running in 2019.  In 2017 she won the Genesis Future Director Award at the Young Vic.  She is an acting tutor at the Bristol Old Vic Theatre School and Course Leader for a post 16 Professional Acting Diploma at Boomsatsuma.

Fuel acknowledges the support of Cockayne Grants for the Arts and London Community Fund for the contribution towards Inua Ellams’ commission.

Student, Equity & Unemployed & Brent Residents
£2 off Band A and B on Mon – Thu Performances

Brent & Residents
£2 off Band A and B on all performances

3 May – Young Kiln Open Mic Night
Join us after the show for ‘WorkinOnIt’ a open-mic event hosted by Mr Gee (Radio 4) including a performance from Deanna Rodger and music by Deuxes.